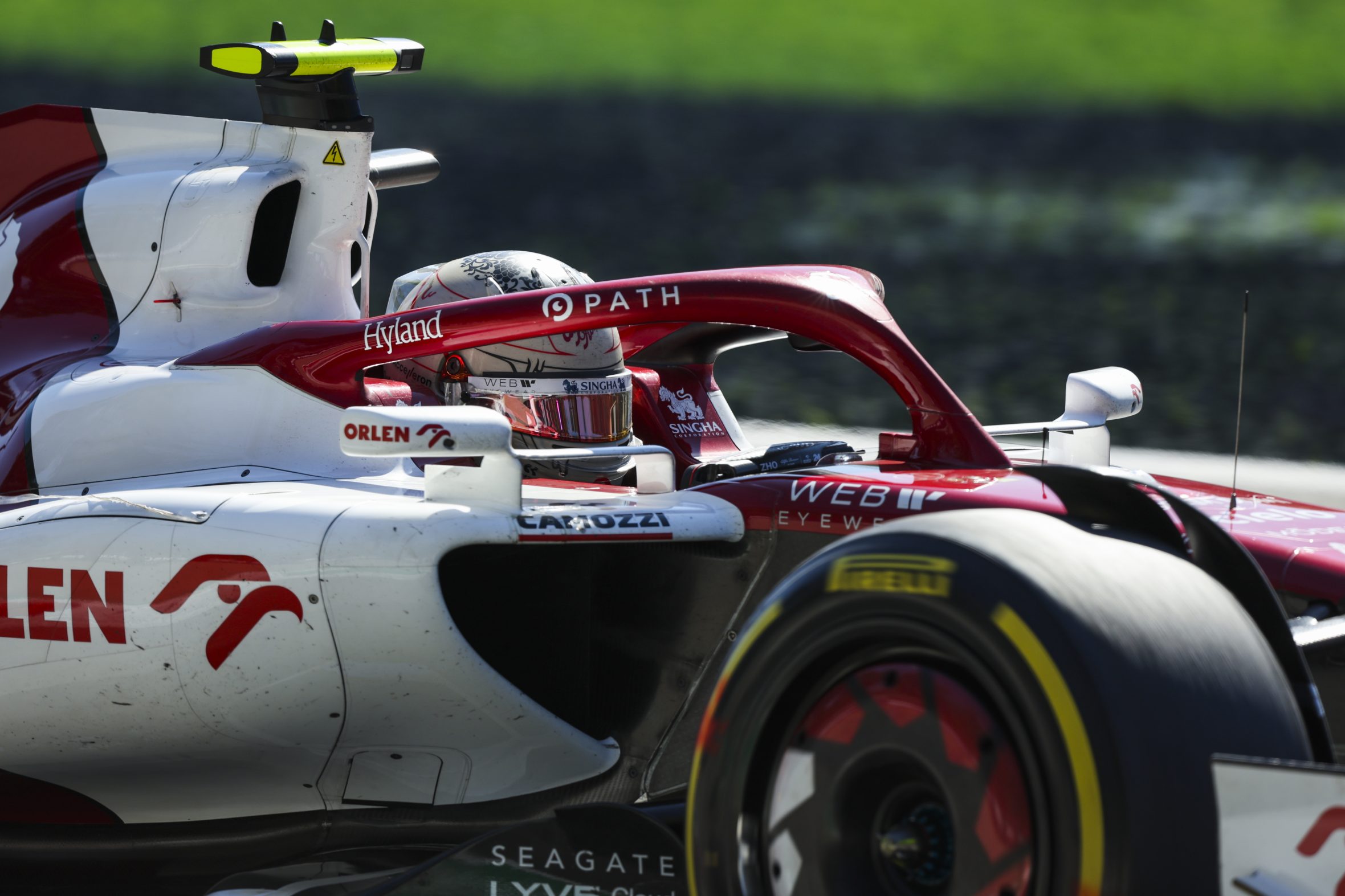 Alfa Romeo F1 Team ORLEN brought home a well-deserved point from the Italian Grand Prix as Zhou Guanyu finished 10th on a busy afternoon of racing. Team-mate, Valtteri Bottas, saw his race compromised after suffering damage at the first corner and dropping to last, but recovered to finish 13th at the chequered flag.

The point gained today ends the team's scoring drought and lifts the team's tally for the season to 52.

Frédéric Vasseur, Team Principal: "We had a positive weekend as a team, and the point we brought home with Zhou is a good reward. We had pace from Friday onwards, including in Q1 where Zhou was in P6, but we still had to get the job done today. We fought well in the midfield, even though overtaking was hard, and didn't really do mistakes with Zhou so we could maximise our returns from the race. Unfortunately, Valtteri's day was compromised by the damage he suffered at the start, but the key takeaway here is our performance: if we carry it over to the next rounds, we can aim to bring home more points to our name."

"We had good pace today, so it's disappointing not to be in the points: in the end, my race was compromised at turn one when I was hit from behind and I hit the car ahead. I had damage to the front wing, having lost the endplate, and then the car went into antistall: before I could get back going, I had lost a lot of ground and I was last. The car was clearly good, as I was able to make a decent recovery, but the damage still made it quite tricky: at least, the team got a point with Zhou so we have something to show for today. I'm looking forward to the mini-break ahead of us now, before we go full push for the end of the season. We know we can score points and I really want to finish the year in a stronger place than we are now."

"I am really happy with today's result and with the work that has been done in the past few weeks; it's been a tough journey since Montreal, because we were very strong at the beginning of the season and then our performances had a dip; but being back in the points today is an amazing feeling, a great result both for the team and for Alfa Romeo. We knew we had a chance today, our pace was good and it allowed us to be in the fight with the other teams. We have a couple of weeks off now, which will give us time to rest after the triple-header and, above all, to analyze what worked this weekend and what went wrong in the previous races, to come prepared and motivated ahead of the next ones. I am looking forward to the Asian double-header, as the races will be closer to home and there will be several fans coming to support me."